Mercury free dentistry for the Midlands

Mercury has been used in fillings for over a century.

Mercury on its own is a highly toxic metal. If ingested or inhaled it can lead to mercury poisoning. This can have very serious consequences especially for the nervous system and the kidneys.

Due to its toxic nature the use of mercury in amalgam (silver) fillings has become increasingly controversial over the last two decades.

This has led to extensive research in this area. The research studies confirm that there is no evidence that mercury in amalgam (silver) fillings is harmful. Its use in fillings is therefore presently supported by the British Dental Association and the UK regulatory authorities.

However, as a precautionary measure, the Department of Health advised in 1998 against the use of mercury fillings in pregnant women because of the potential risk of harm to the unborn child.

More recently in 2015, UK Medicines Information stated that in mothers who are breastfeeding, it may be a useful precautionary measure to avoid the placement of mercury fillings in non-urgent dental procedures.

Other countries, including Sweden, Norway and Denmark have banned the use of mercury fillings. This is principally related to concerns regarding environmental pollution.

What is our view on mercury free dental care?

We fully accept that there is no evidence in the scientific literature of harm from mercury fillings.

As clinicians we have extensively studied the literature and thought carefully about the arguments for and against mercury fillings. Because there are very good alternatives it is our view that it is prudent not to use mercury fillings in our patients.

At Arthur House Dental Care we have never used mercury fillings, either in our NHS or private patients. We have practised amalgam free dentistry not just for pregnant and breastfeeding women but for all our patients.

In the absence of sensitivity there is no evidence that removal of mercury fillings will improve symptoms. Instead, these symptoms should be investigated by a medical doctor.
Others have an anxiety about the presence of mercury fillings in their mouth. They are aware of the controversy and are of the opinion that their minds would be put at rest if the fillings were removed.

Many clients have mercury fillings removed because they look unsightly and it makes their smile look unattractive. They prefer alternatives that give a much more natural and attractive look.

We use composite white fillings as an alternative to mercury fillings. These are durable and restore the natural appearance of your teeth. Cosmetically they are much better than silver fillings. White fillings are suitable for small to medium sized cavities 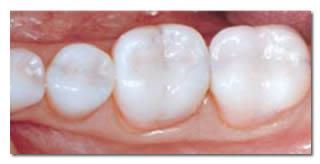 For larger cavities we use porcelain inlays, onlays and crowns. These porcelain restorations produce a beautiful result and are very popular.

This saves you a lot of time and makes it very convenient if you have a busy schedule.
We are one of only a few practices in the country that have invested in this CEREC technology for the benefit of our patients.

If you wish to discuss mercury free dentistry or want further information please call Carol on 0121 323 4492 to arrange an appointment.

For a confident and beautiful smile, book a free consultation today